History of the Schengen Zone & the Implementation of Entry/Exit System

History of the Schengen Zone

As technology continues to present exciting opportunities to streamline the movement of international travellers, understanding the social, economic and political backdrop of free-movement is more important than ever.

While liberalising international movements and empowering the ‘connected traveller’ through technology may sound like a fanciful utopia, history teaches us that multiple nations can join forces and work towards a unified vision.

The Schengen Area is a living example of how the world can learn from the past to build a brighter future that embraces new technologies and reimagined processes to improve cross-border connectivity.

Join us as we rewind the clock to explore the history of the Schengen Agreement and assess the key success factors behind one of the world’s largest visa-free zones.

What Is the Schengen Area?

The Schengen Area covers a growing number of European countries that subscribe to a common goal of abolishing national borders to build a connected Europe.

Member states are bound to the Schengen Agreement — a political treaty designed to neutralise cross-border tensions and streamline the movement of citizens across a carefully-vetted group of nations.

The agreement aims to build a harmonised Europe by setting rules and standards to control the movement of people in and out of a common external border. The agreement addresses criminality and national security through a unified judicial system and takes steps to improve police cooperation between member states.

What’s the Difference Between the Schengen Zone and the European Union?

Contrary to common belief, the Schengen area is not the same as the EU. While contentious EU debates often overshadow Schengen discussions in the media, it’s vital to understand the legal significance of the common external border against the political and economic backdrop of the EU.

The Schengen Area and the EU are two different entities:

Conversations around border movements are an inherently complex and human phenomenon that require context to ensure a fair and productive outcome for all. While technology can accelerate the implementation of standardised systems to monitor the free movement of travellers, understanding the contextual knock-on effects and case-by-case challenges of border initiatives is critical.

The Formation of Schengen Borders in 1985

So, how many Schengen countries are there and who pioneered this radical movement to empower European connectivity?

On 14th June 1985, just five states signed the original Schengen Agreement in a small Luxemburg village. Germany, The Netherlands, France, Belgium and Luxembourg lead the charge by forming a progressive treaty that would shape the future of Europe for years to come.

Following two World Wars and ongoing debates in the 1980s around the liberalisation of free movement, the Schengen Agreement was a proactive effort to ‘heal the wounds’ of severed international relations of years gone by.

When European Communities were unable to reach a consensus around the abolishment of internal border controls, the founding nations of the Schengen Agreement joined forces to assert their shared vision for a border-free alliance.

The Growth of the Schengen Zone

Following the pioneering efforts of a handful of European nations, the Schengen area continued to grow in size and political significance.

However, in 1993, the three organisations were incorporated into the ‘European Union’ to streamline governance and respond to calls for the Schengen Agreement to work in parallel with the EU. A growing appreciation for the benefits of a common external border prompted more EU members to sign the Schengen Agreement and solidify the EU’s decision to formally incorporate the treaty in 1997.

The EU embraced the absorption of the Schengen Agreement under the condition that any amendments must go through the EU — meaning all non-EU members would not have a say in future decision-making. Additionally, the UK and Ireland chose to opt-out of the agreement to protect their Common Travel Area (CTA) and maintain control of their internal borders.

Following over three decades of evolution, today’s Schengen Zone is home to over 430 million people and a total of 1.3 billion annual border crossings.

What Are the Schengen Countries?

In 2020, the Schengen Zone consists of the following twenty-six member states: 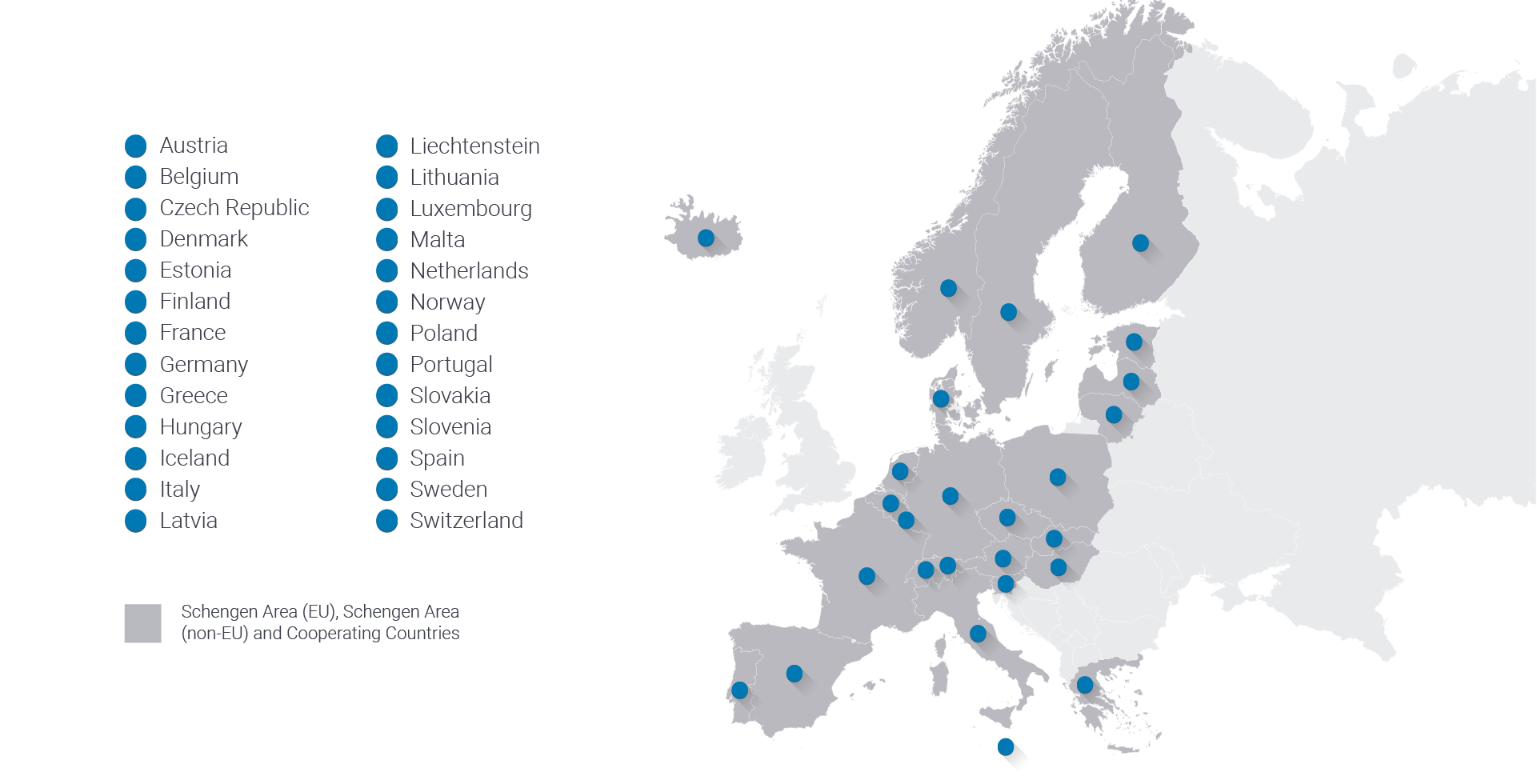 Following the UK’s withdrawal from the EU, the world’s largest visa-free area includes twenty-two of the EU’s twenty-seven member states. The five EU nations that are not part of the Schengen Zone are Romania, Cyprus, Bulgaria, Croatia, and Ireland.

Additionally, Liechtenstein, Switzerland, Iceland and Norway form the European Free Trade Association (EFTA) — a non-EU body that is part of the Schengen area.

Economic Benefits of the Schengen Area

So, why did the Schengen Area grow in popularity in the 1990s, and what are the economic benefits of borderless European movements?

Approximately 1.7 million people in the Schengen Zone are employed in a different country to where they live. Visa-free access enables these individuals to commute across borders without unnecessary delays or costs. Some experts predict the economic cost of re-introducing border controls could amount to additional commuting costs of €4 billion.

Transport of Goods by Road

Did you know that more than eighteen million trucks enter Germany every year via toll roads?
Road freight accounts for fifty-seven million border crossings in the Schengen Space every year. Abolishing internal borders has fuelled an incredibly lucrative industry that supports cross-border trade and encourages businesses to work with European suppliers. As more and more industries face pressure from emerging economies, incentivising cross-border trade and collaboration across European industries is more important than ever.

The EU states that the travel and tourism sector accounted for 3.9% of the EU’s total GDP  in 2018. Additionally, the tourism industry supports over 5% of the EU’s labour force — almost twelve million jobs.

Not only does the abolishment of borders present opportunities for the likes of hotel owners, transport providers and real-estate developers, but it also has a positive knock-on effect for things like universities, infrastructural development projects, and the arts. The liberalisation of travel allows more and more people to explore Europe’s rich cultural history and support  the a blossoming tourism industry.

Smart Borders: The Start of a New Era for the Schengen Space

The economic, social and political significance of the Schengen area requires continuous support and protection as to not ‘undo’ over thirty-five years of progress. So, how will technology shape the future of the Schengen Area, and why is continuous innovation necessary to protect the long-term feasibility of a visa-free Europe?

The EU Commission’s mandatory enforcement of the Schengen Entry/Exit System (EES) at the start of 2022 and European Travel Information and Authorisation System (ETIAS) in the second half of the same year are set to address concerns around protecting the common external border and controlling the movement of third-country nationals (TCNs) into the Schengen Space.

EES provides standardised traveller verification processes across the common external border by storing, collecting and sharing information about the movement of TCNs through a centrally-managed data hub. The system uses digital stamps and systematic biometric data collection for facial and fingerprint recognition to improve traceability and create a real-time record of people’s whereabouts.

ETIAS is an online questionnaire that visa-exempt TCNs must complete before reaching a Schengen border crossing. The pre-enrolment questionnaire is designed to improve the management and distribution of resources for borders control agencies and avoid unnecessary delays.

With technologies like EES creating additional layers of complexity and sophistication to border controls, streamlining the movement of travellers using pre-enrolment technology is vital to avoid bottlenecks and deliver a pain-free experience.

As the number of people travelling through Europe grows each year, ETIAS will promote smooth travel across the Schengen area, without compromising on safety or the security of the common external border.

Connecting Borders is a Human Challenge

Cross-border cooperation is an inherently challenging discipline that requires participants to embrace cultural differences and reframe ingrained ideals to work towards an aligned vision for the future.

Although technological innovation is the ultimate driving force behind the EU Commission’s efforts to streamline the movement of people across the Schengen Space, cross-border cooperation remains a truly human challenge.

Successful coordination and implementation of Smart Border technologies require a holistic approach and an appreciation for the case-by-case intricacies of each nation.

Want to learn more about the challenges and opportunities of cross-border connectivity?

Download our White Paper for an in-depth analysis of Smart Borders and the next frontier of travel: 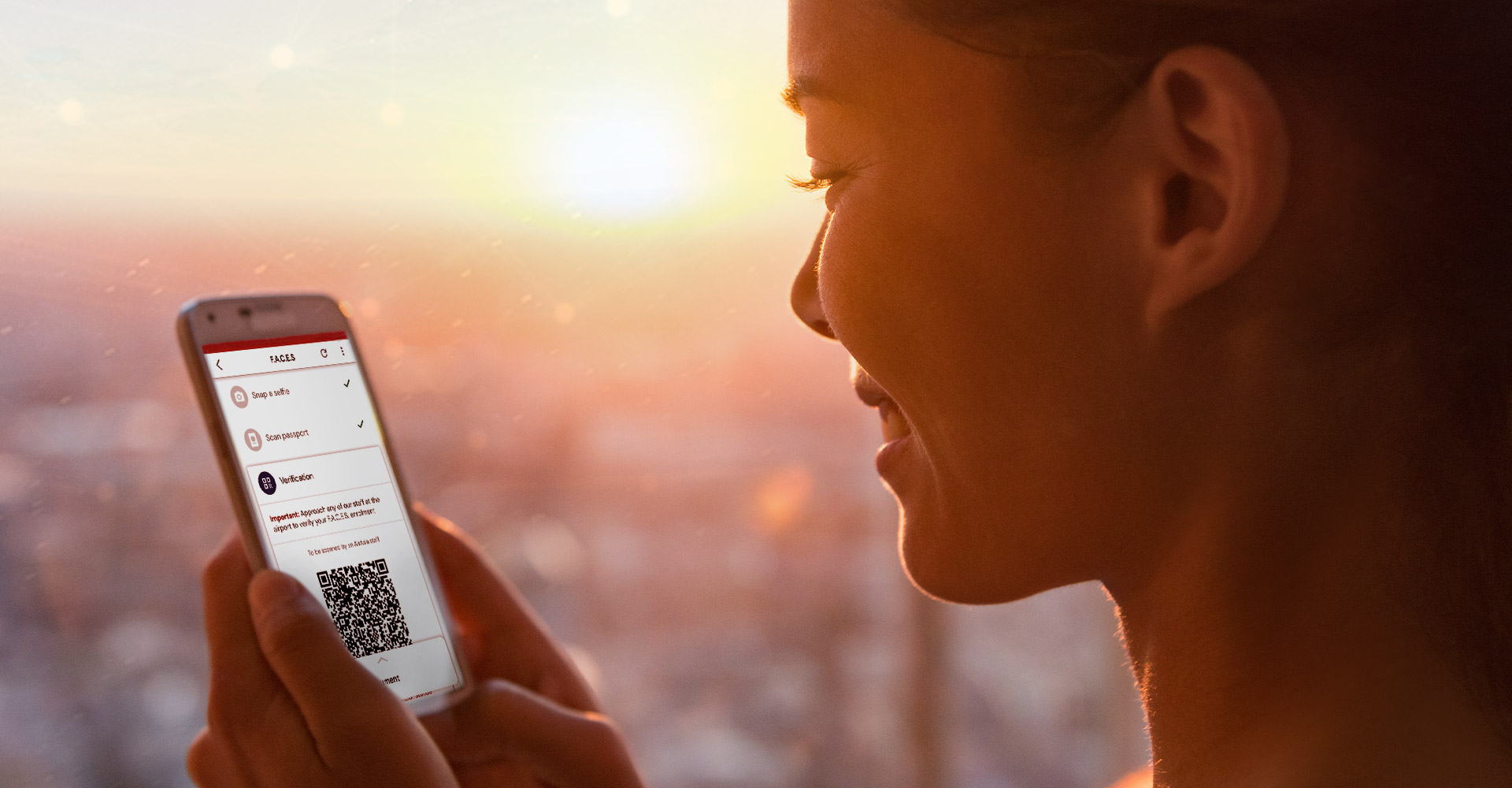 Unlocking the Power of Digital Identity

Mobility and air travel sits at the very core of our socio-economic fabric. Travel & ...

As the global impact of COVID-19 continues to mount pressure on public services, ...

As the February 2022 deadline for the implementation of the EU’s Entry/Exit System ...